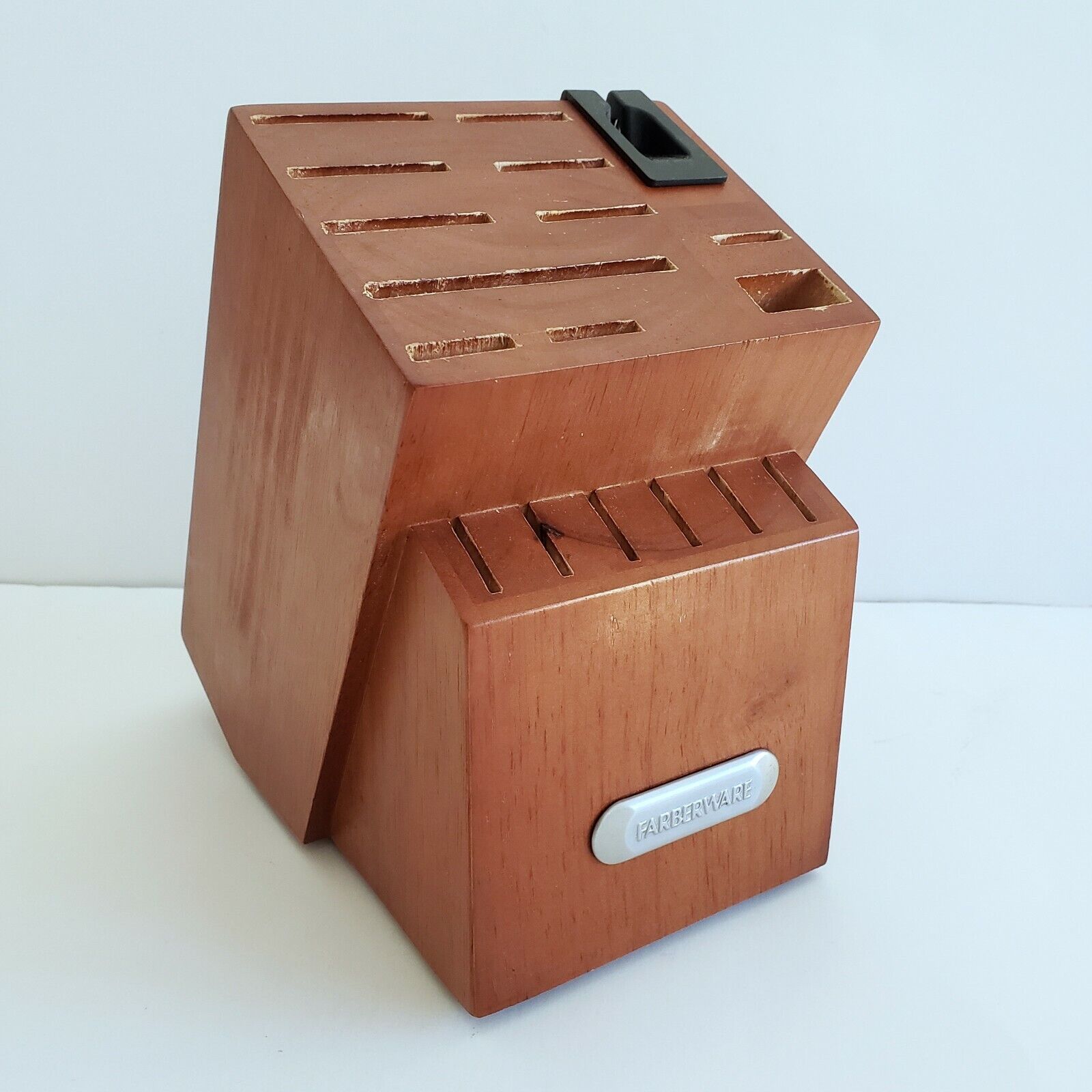 Condition:
Used:
An item that has been used previously. The item may have some signs of cosmetic wear, but is fully operational and functions as intended. This item may be a floor model or store return that has been used. See the seller’s listing for full details and description of any imperfections.
Seller Notes:
“Good pre-owned condition. Very solid.”
Wood Tone:
Oak
Custom Bundle:
No
Item Depth:
8.5"
Item Height:
9"
Item Width:
5.5"
Number of Slots:
17
Material:
Wood
Type:
Knife Block
Features:
Built-In Knife Sharpener, Knife holder
Color:
Brown
MPN:
N/A
Personalized:
No
Brand:
Farberware

More than 100 dangerous anti-protest bills have circulated this country since the uprisings for racial justice two summers ago. Some of these egregious bills would make it easier to punish and criminalize protestors, cutting them off from public benefits. Others would grant immunity to people who are violent towards protestors, and do things like ram their cars into crowds. With your help, we beat back two anti-democracy bills in Wisconsin, convincing the governor to veto them. But there’s dozen of others making their way around state legislatures. That’s why Color Of Change is pressing the Department of Justice to condemn these laws and 1834 Coronet Head US Copper Large Cent 1C to stand up for what’s right. These bills are meant to scare people out of protesting, and encourage the type of vigilante violence we saw from Kyle Rittenhouse in Kenosha. We can’t let them pass.